Picture this: Creating our new garden…

Well here’s a thing; I’ve just discovered that I have run out of media upload storage space on Diary of an Internet Nobody and the only way I can currently think of to share photos is by linking from Photo Sans Frontiers, as I am doing here.

If anyone else has had this problem and has any suggestions what I can do about it, please let me know, as I’m at a bit of a loss how to proceed.

In the meantime, here are some nice pictures of the garden.

I’ve missed a few posts onDiary of an Internet Nobodyrecently, most notably a couple ofSoCSepisodes, due to spending my weekend writing time working on the layout and planting of our new garden.

We had a pretty clean slate to work with when we moved in, just two months ago, with a couple of large shrubs and a good sized shuttlecock fern in one of the beds that border each side of the lawn(which still needs levelling and re-seeding)but otherwise empty and ready for inspiration.

We first cleared the right hand side of the garden as you look out from the back door, as it was overgrown with wild geraniums, vinca and aquilegia. Then I went on a couple of garden centre bargain hunts, tracking down a varied(and, more importantly, cheap)selection of bedding plants and some more unusual specimens to add a bit…

The majesty of the Devon countryside, juxtaposed with the imposing, sculptural forms of wind turbine technology make for some great photo opportunities.
Enjoy the spectacle, as posted on Photo Sans Frontiers, my photographic blog.

Yesterday morning I took a drive up to the hills above Barnstaple, which give views of both the River Taw valley below and Fullabrook Down wind farm at the top.

I went up there initially to capture some black and white landscape shots for today’s edition of K’lee and Dale’s Cosmic Photo Challenge on Diary of an Internet Nobody, but the views were so spectacular that I stayed to do some experimenting with long exposures of the turbines.

On the way back down the hill, I stopped to grab a few shots of the wooded river valley, lit by the low autumn sun…

…and because it was bonfire night on Saturday, here’s a sparkler sculpture and a strange sparkly gif of Audrey for you.

Oh, by the way, that post title..? That’s just a reason to include this ’80s classic.

Stream of consciousness Sunday: It’s been a long week…

This week I’m wimping out on SoCS, (although even that ended up being a lie, once I began mucking about) mainly because it really has been a long slog this week and I only get one day, Sunday, when neither Rhonda or I are working. But Linda G Hill left a prompt I couldn’t pass up;

It was a gorgeous morning, so I couldn’t resist going out into the Devon countryside to take some photos to use in Monday’s Black and white landscape edition of K’lee and Dale’s Cosmic Photo Challenge.

Here are a few colour shots from my journey, to pique your interest for tomorrow.

Here’s a gif of the view from the hills overlooking the River Taw valley, where I took these photos. (Please excuse the shaky camerawork, that was me tripping over a tree root)

It was also bonfire night this weekend and for those of you who aren’t aware of what that means for us in the UK, let me quote from a post I wrote a few years ago, (yeah, I know, not in the least bit stream of consciousness, but it did just occur to me, so I’m going to allow myself to use it, ok?) so, should you be interested;

It is the dawn of the 17th century.

In the old low countries that would become the Netherlands, the Catholic Spanish are fighting the Protestant Dutch, aided by mercenaries and zealots from far and wide, including a man known variously as John Johnson, Guido Foukes, and Guy Fawkes.

During his time on the campaign Fawkes met Thomas Wintour, a fellow anti-royalist who introduced him to Robert Catesby, the man who would lead the conspiracy that would become known as The Gunpowder Plot.

The dingy recesses of a kitchen in 10th century China:

A cook is making a spicy curing mix for half of the pig his master has acquired for winter storage.

In the gloom he reaches for black peppercorns to add to the saltpetre he has already got in his grinder, little knowing that what he has in fact added is ground charcoal, used to prime the ovens.

Not only that, he also erroneously adds sulphur in the place of yellow turmeric.
After starting to rub the mixture into the pork, he realises his mistake too late and has to dispose of the spoiled meat, already fearful of the punishment to come.
However, when he throws the carcass on the fire, thinking to tell his master a tale of a cooking accident, he notices the coating he had applied burning with strangely coloured flames and giving off loud cracking and popping noises.

Knowing a good escape route when he saw it, he hurried to his master and told him of this mysterious discovery.

Experiments followed, packing the sulphurous black powder into hollow bamboo shoots and igniting it, the destruction achieved seemingly disproportionate to the tiny volume of mixture used.
The rest is history.

By now Catesby had persuaded Fawkes and eleven other co- conspirators to take part in his audacious plan to assassinate King James I.

He had gained access to the undercroft of the House of Lords, where he and his cohorts stashed some two and a half thousand kilogrammes of gunpowder. Enough, by recent calculations, to cause total devastation to anything within a 500 metre radius of the blast.
Of course the plot was foiled at the last, the King’s men tipped off by an anonymous letter. But it is often forgotten, in our haste to cast a good anti-hero in our folk legends, that John/Guy/Guido only played a minor part in proceedings, merely guarding the cache of explosives and therfore being the only one caught red-handed.

He gave the rest of them up under what would nowadays probably be called “enhanced interrogation”, but cheated the full weight of justice – he was to have been hanged, drawn and quartered – by jumping from the scaffold and breaking his neck before sentence could be carried out.

Now, back in the present day.

We still celebrate the burning to death of a man who actually took his own life under the very noses of his executioners.

And thanks to Henry VII choosing the new fangled fireworks (oh, if that long-dead Chinese chef knew what he’d started) as the climax to his wedding festivities in 1486, immediately making them de rigueur with the celebrating upper classes and soon with anyone else who could mix the easily-accessible ingredients, we now fire all manner of alarmingly powerful ordinance into the night sky, never knowing quite where it will land.

Well we have a tiny back garden, which is overhung by a large oak tree, so we were never going to have an aerial spectacular, but Audrey and I still had a mini display of our own, with a combo firework and some sparklers.

Here are some pictures and another bizarre little gif.

And as for Linda’s prompt, well; in case you missed it, I have a novel coming out soon and if you click the lovely bespoke artwork below, you can find out more.

There, that wasn’t too blatant, was it?

For more photographic loveliness, tune in here tomorrow for the Cosmic Photo Challenge and over on Photo Sans Frontiers for more on my trip up to the wind turbines.

For one of my recent contributions to the weeklyCosmic Photo Challenge onDiary of an Internet Nobody,I capturedsome car light trails and today I decided to use them for another abstract art experiment.

The glowing nature of the original images made for excellent source material, resulting in some rather awesome light sculptures, I hope you like them.

Well, I’ve got to find something to do on my day off.

Having found Audrey’s colour changing glitter lamps useful for making the gif in this week’s Cosmic Photo Challenge, I decided to see what sort of images I could get by using them for light painting.

Here are a few experiments in abstract art, using random shots of industrial components from work.

Just because it seemed like a good idea at the time. 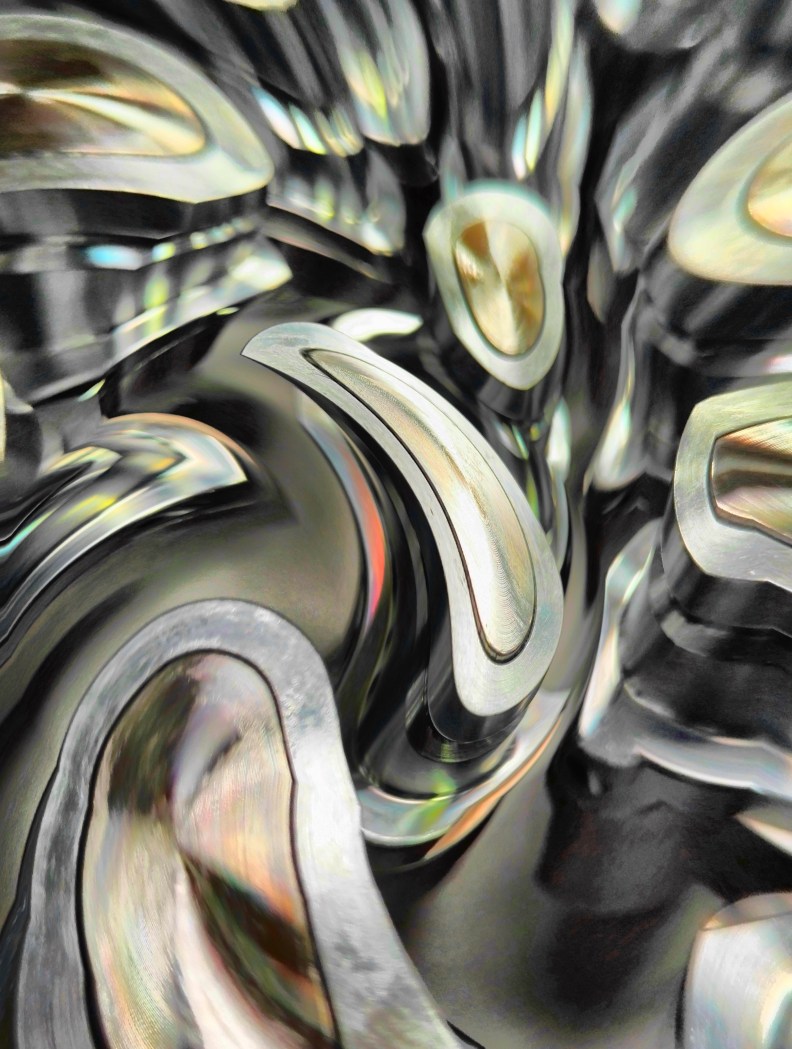 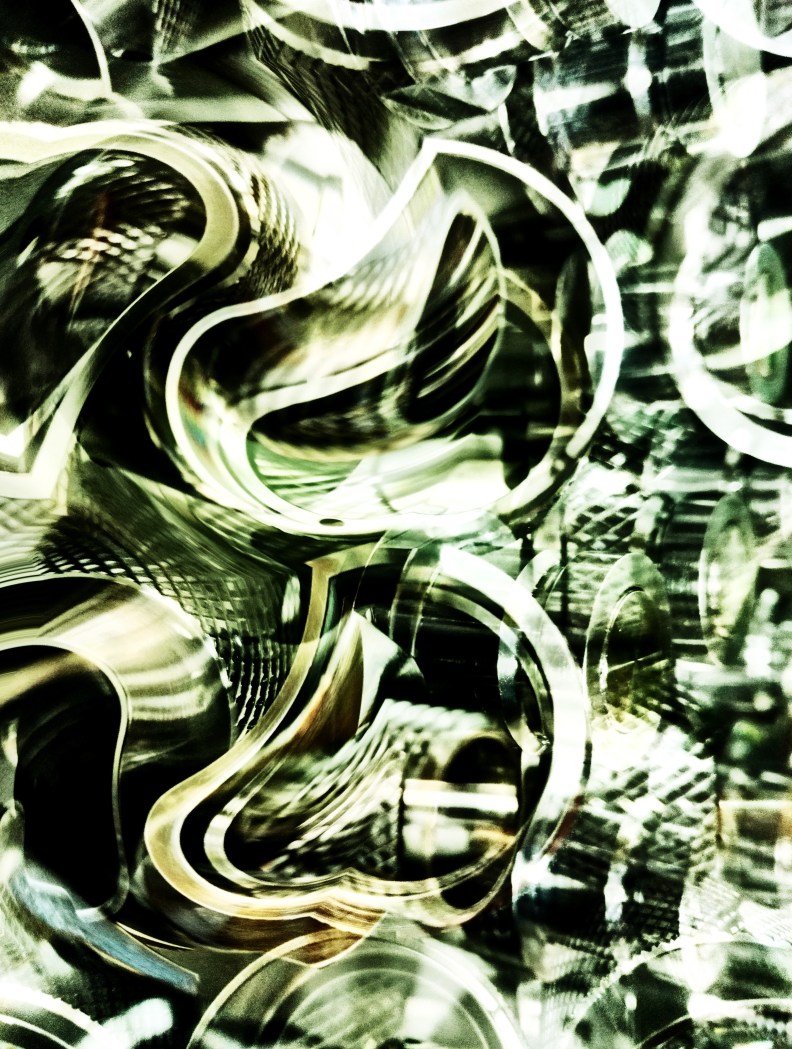 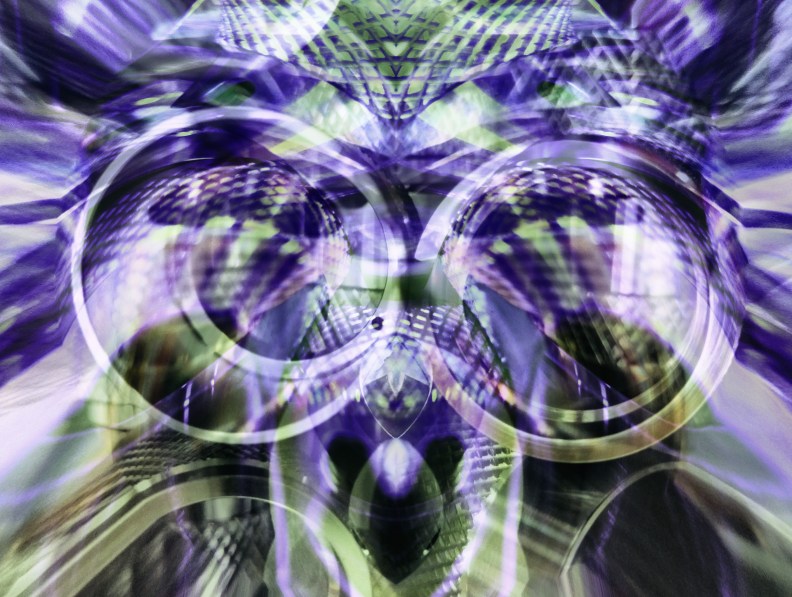 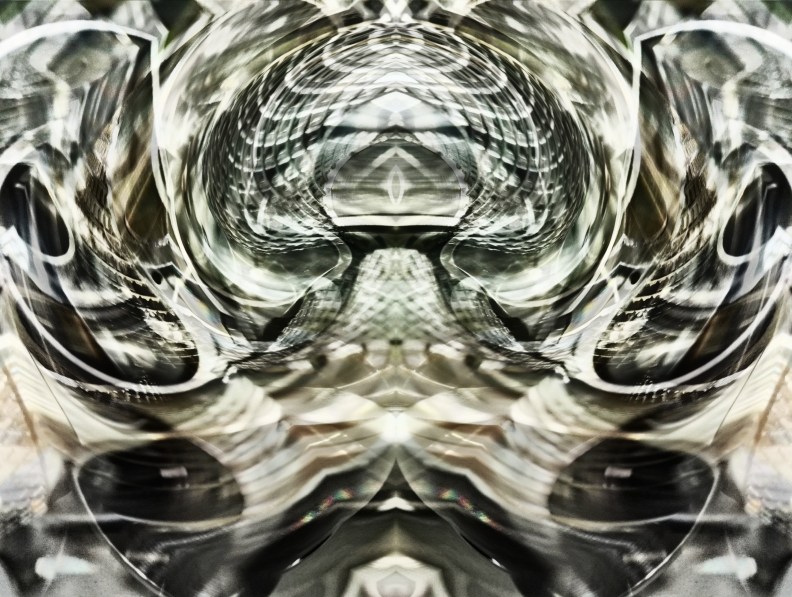 Update:Mucking about with candles and sparklers on Audrey’s birthday,(with full safety precautions, obviously) I made some more abstract images that I rather like:

Swanning around the countryside…

Dodging the intermittent rain yesterday, Audrey and I took a walk along theTarka Trailcycle path to our favourite wildfowl lake, where we were pleased to see the pair of swans who are resident there, chaperoning seven inquisitive grey cygnets. The permanent duck population was out in force, too, squabbling over their free lunch in a noisy mass of striking plumage.