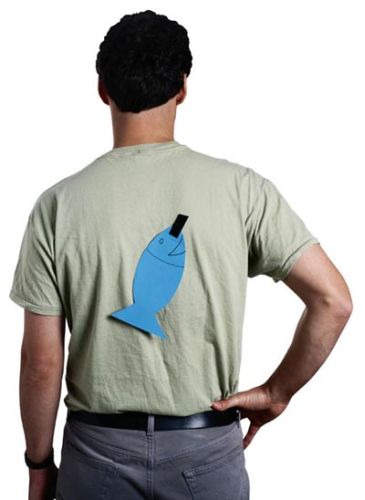 “Does my halibut look big in this?”

This is the French tradition of Poisson d’Avril, the equivalent of our April fools day, and refers not only to the “April’s fish” stuck to an unsuspecting fool’s back, but to any other pranks that are successfully pulled that day.

The tradition of getting one over on your mates at the start of spring has been around for hundreds, even thousands of years.
The oldest known example of a long running tradition of pranks played on a certain day is from Iran, where as far back as two and half thousand years ago, in the 6th century BC, Sizdah Be-dar was celebrated on the thirteenth day of the Persian new year (which more or less coincides with 1st April) and literally means “to be rid of thirteen”.

13 was seen as unlucky – as in several other cultures, hence the many hotels around the world with no thirteenth floor – and so people spent the day outside, apparently thereby ridding their house of the bad luck.

Whilst out enjoying the spring sunshine, people attended picnics, frequently the scene of good natured tricks being played on family and friends, which itself became a part of the celebration.

The picnics, sometimes huge affairs with thousands of people, continue to this day. Now sometimes referred to simply as 13 Bedar, they are held in parks and public spaces, often with people dressing in traditional costumes as part of the festival.

It has also long had a connection with the custom of young unmarried girls singing their wishes for a husband, whilst knotting together stalks of grass, as knotted grass stems are said to be symbolic of a bond between man and woman. 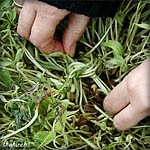 Many nations take the tradition of the April fool hoax to a whole new level of social interaction, with the media getting involved in all sorts of wind-ups.
In Sweden, for instance, the media will happily participate in this type of mass pranking – although most outlets will print or broadcast exactly one false story.
And in Denmark, in 2001, a news channel reported that a Copenhagen subway train had somehow derailed and burst up through the pavement above. They even went to the trouble of mocking-up this elaborate prop, featuring a sawn up subway car, presumably positioned overnight;

My personal favourite vintage media April fool prank (which fooled thousands of people when first aired – the BBC of the fifties being as trusted as the Voice of God) has to be this pricelessly straight faced Panorama report from 1957, concerning the annual spaghetti harvest.

In Belgium, the day seems unfairly weighted in favour of the children, who are permitted the luxury of locking parents or teachers out of their house/classroom, only re-admitting them after receiving a promise of treats later on.

And in Poland, the tradition has been so ingrained in popular culture over hundreds of years (with the modern day media often collaborating with pranksters, broadcasting information that appears to authenticate hoaxes) that the 1683 anti-Turkish treaty with King Leopold the first, at the start of the Great Turkish War, signed on the 1st April, was backdated to March 31st, to ally public suspicion that it was a piss take. 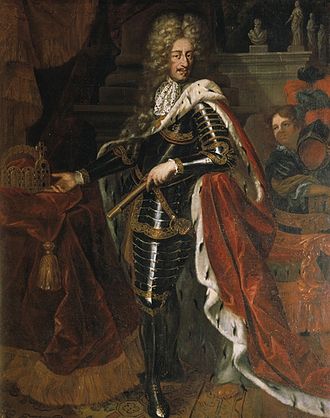 Leopold I – “Watch this, I put clingfilm over the toilet”

As for the UK, the earliest known example of an actual prank, as opposed to an obscure (and disputed) 14th century reference in Chaucer’s Canterbury Tales, was the terribly English jape of advertising the Washing of the Lions at the Tower of London in the 1850’s 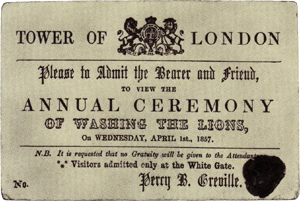 Coincidentally, bearing in mind their country’s obsession with all things April foolish, half of new Indie punk band Washing the Lions are Polish, and the other half are from California, where they hold an annual Iranian Sizdah Be-dar picnic;

Which just goes to show, everybody should think of April Fools day as just one more example of how we’re not so different after all.

Let’s all be fools together…