I’ve already posted a selection of pictures that have had the Deep Dream treatment, (photos that have been uploaded to Google’s open source artificial neural network, allowing sleeping computer servers to “dream” about them) over on Photo Sans Frontiers, but I haven’t been able to stop playing with it since, so here are ten of the best of the rest.

As before, bizarrely mis-shapen dogs feature prominently. What is it about computers and dogs?

No people were in the original picture, just flowers.

Just a tree in a stream. 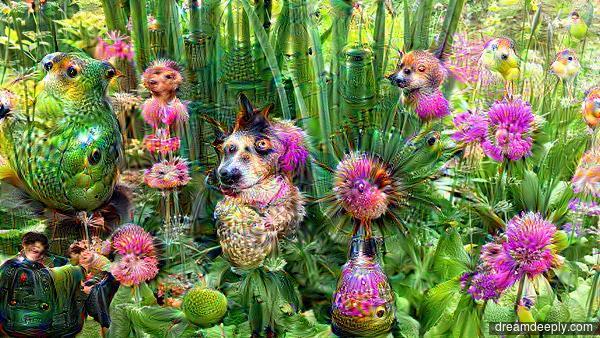 {To make your own computer dreams/nightmares, go to THIS LINK and upload a photo.}