March of the Internet Nobody…

Because, ummm, well, just because, I’ve decided to post something every day in March.

Yeah, I know, it’s obtuse, everyone else does Just Jot it January or The A-Z Challenge and I choose, at nine o’clock at night on the first of March, to inflict a month’s worth of posts on myself (and you) for no good reason whatsoever.

Or any plan, either, as per usual.

So there’s no telling what you’ll get, knowing me you’ll end up getting some random weird photo each day, but I’ll try to keep it more varied than that.

Although not today, today is audio visual day, partly made up of weird photos, most of which you may recall seeing recently in my Twin Peaks related post and now complied, to music, in a fancy video.

Followed by the rather more frenetic, yet somehow hypnotic creation that is the video I made for the last tune that came out when I noodled with Oscilab, my loop making/oscillator app.
I made the video using the “visualization” mode on my Poweramp music player, installed on my old tablet. Placing my phone on a sheet of glass above the tablet, which sat at the bottom of a black box, I filmed the wave patterns that resulted from playing Thudd through it. I treated the raw footage with a couple of filters, re-synched the edited video with the original tune and, voilà, my eye-scrambling masterpiece is complete.

First off, then, is; Wool, Knit With Me by The Woolhouse Boys.
The music is Diane Dreams (The nightingale remix) and is performed by The Deathless.

And now, brace yourselves, it’s time for Thudd, by me.

See you tomorrow, for, eerrr, something else.

Something for the weekend…

I’m always interested in discovering the new sounds I can produce with Oscilab, the sequencer and loop making app, so with variety in mind, my latest audio creation is a far heavier affair.

Starting off with a grimy, distorted throb, it fades into a thundering bass line, backed by a thumping back beat and a frenetic staccato rhythm of synths, which I have christened Thudd.

I’m going to stick my neck out and say it’s my favourite attempt at “music” yet, I’d be intrigued to know what you think.

Turn up the volume and feel that bass. 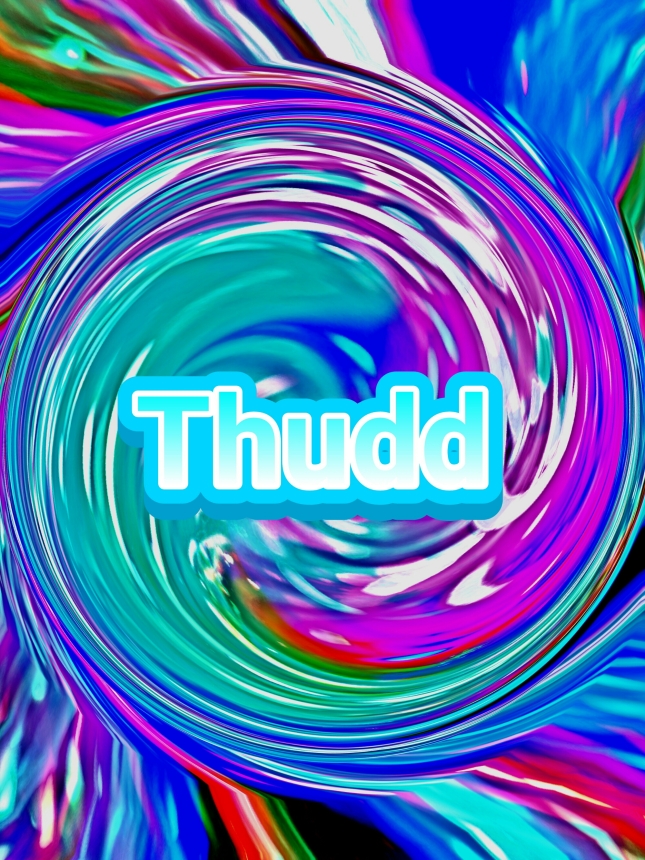 Posted by dalecooper57 on November 5, 2016 in Arts, Blogging, Music

Yes, I’ve been mucking about with Oscilab again, the looping and sequencer app on my trusty smartphone.
This track was actually created a couple of weeks ago, but I’ve not got around to showcasing it yet.

It’s an extended mix with a minimal electro vibe, beginning with a rather tasty pokapow-pokapow-pokapow-pokapow-pokapow noise, which took me quite a while to perfect. I’ve compressed the note envelope on most of the loops, to give it a more synthetic, punchy sound but it still manages to achieve a nicely trancelike, rhythmic melody.

See what you think of FRAKTAL. Click on the image below to listen and (should you be so inclined) download for free. 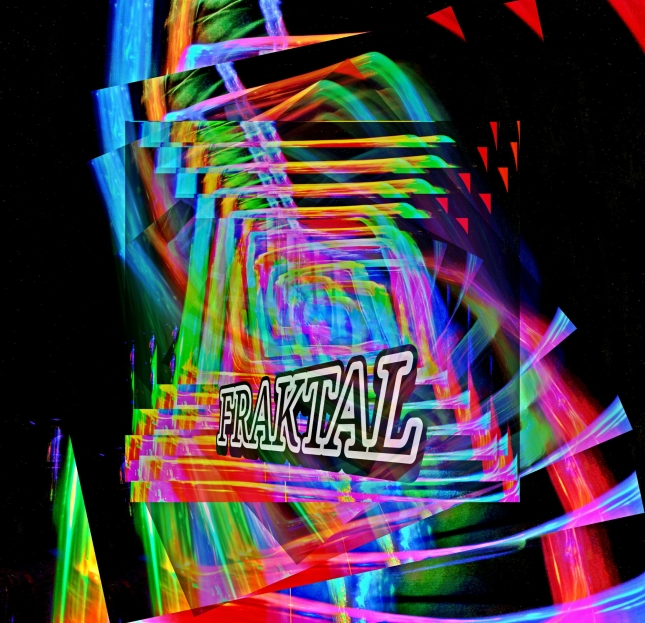 Last week I spent a day mucking around with my loop and sequencing app, Oscilab; one of the few ways a non-melodic numpty such as myself can achieve anything even approaching a sound that could be loosely described as “music”.

This time, I was attempting to create something a little more soothing than many of my sonic experiments, something more than ambient, but without the clattering, frenetic rhythms which are often the result of me inexpertly twiddling knobs and pressing interesting buttons.

What eventually came out of this particular simultaneous playing and recording session, (after a couple of hours of studious programming and spurious guesswork) was a tune that I christened Sphear and you can experience it, in all its multi-layered loveliness, by clicking the artwork below: 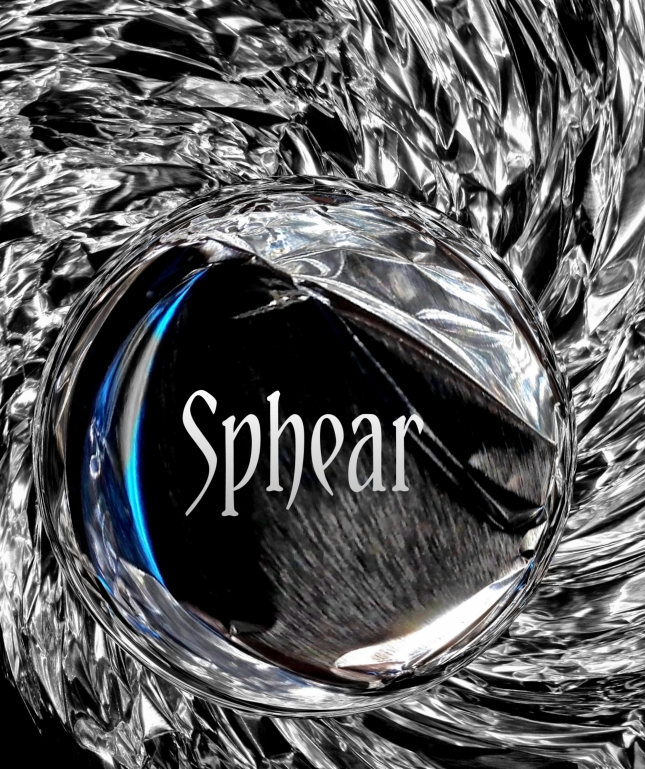 Now don’t get me wrong, I’m just as inordinately proud of this entry in my peculiar oeuvre as any other, but there was something that nagged at me when I heard it back for the first time; namely, the slightly discordant tone of the ring modulator in the background.

This twin synth harmonizing thingy (I know, I know, I’m baffling you with technical terms) seemed to detract from the main theme of the piece, (although it has since grown on me) so I recorded a second version, which I called Inner Sphear and you can hear that by clicking picture number two: 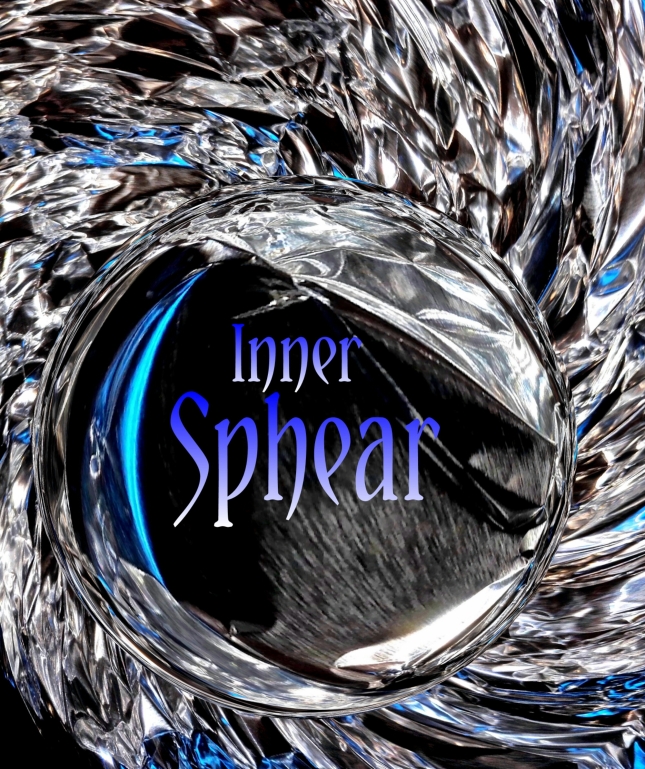 I think you’ll agree that this reimagined aural soundscape is an altogether smoother affair, (it is Rhonda’s favourite version, so that’s one reason to be pleased with it) but to me, it felt as though there was now missing something.

Well I doubt it’ll be much of a surprise to you, but I couldn’t just leave it at that, so I decided to go for one final attempt, this one at the opposite end of the spectrum; a full-on psychedelic wig out, complete with frenzied wah wah guitar solos, (no, honestly) which I naturally chose to entitle Outer Sphear and you can immerse yourself in that one by clicking the final image of glossy artwork, below: 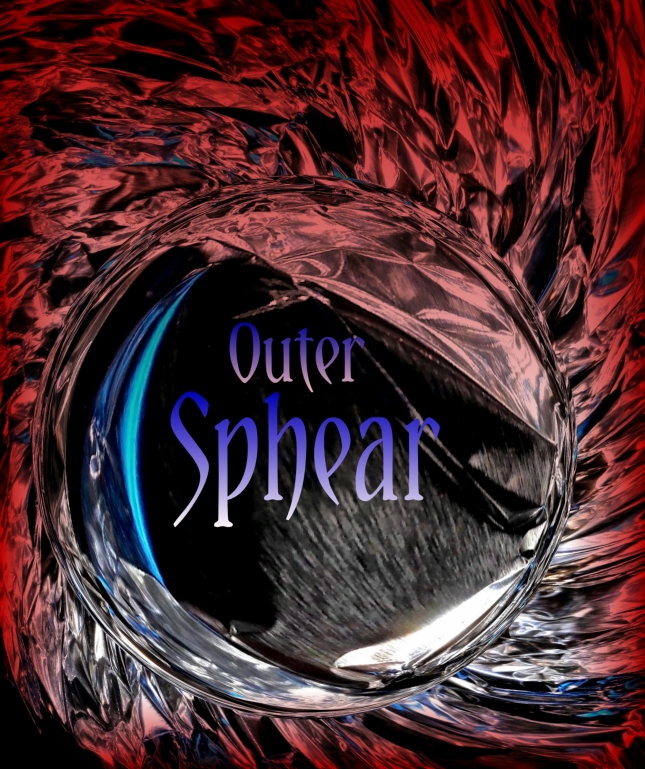 And please feel FREE to download any or all of the above tunes from Bandcamp, gratis, complimentary and totally FREE of charge, should any of them tickle your audio fancy.

Thank you for listening.

#atozchallenge: Z is for Zebra…

So here we are at the end of my first ever A-Z challenge and I must say, I’ve enjoyed it immensely.

Not only have I been able to indulge my tendency to talk rubbish, every day for a month, I’ve also had a chance to meet some great new bloggers, promote the skills of a talented local face painter and inflict some of my new sonic experiments on you.

Audrey suggested that I picked “Zebra” for my final post, but I don’t have a lot to say about those, so I asked her to draw me a picture instead; 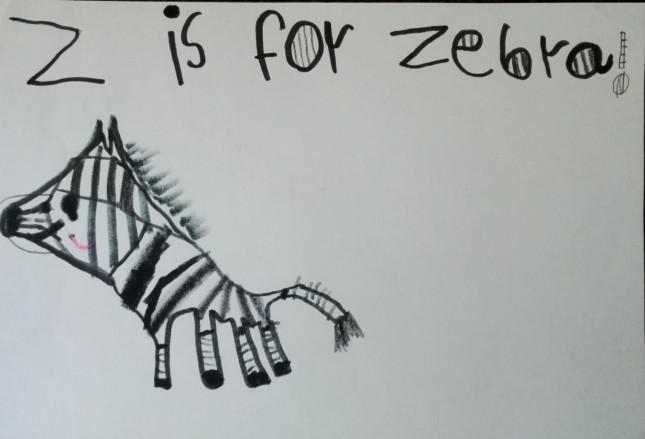 Meanwhile, resident blogtoonist, Ho was commissioned to create an illustration for a little puzzle to finish this alphabetical odyssey.

Having tested this pictorial conundrum on Rhonda and elicited only a blank look, I’m not convinced the Americans among my readership will get it (maybe it’s not a thing over there) but I’m sure someone out there will feel a metaphorical lightbulb pop into existence above their head when they see it.

There is no prize, other than knowing you have similar random thought processes to myself, but that’s an achievement in itself, so;

What is the relevance of this fabulous toon to the A-Z challenge? 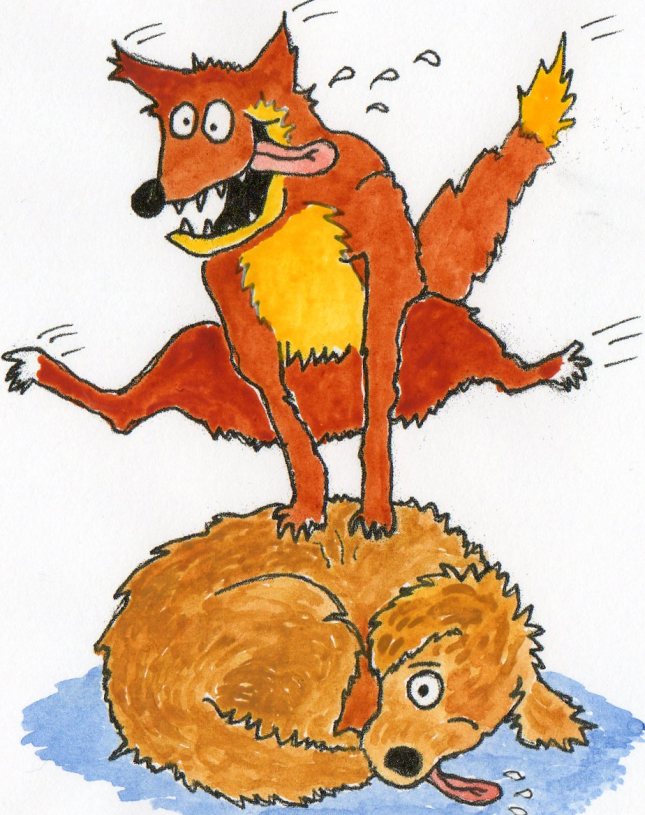 Answers in the comments please.

Thank you for sticking with me for this month of nonsense and blathering, I’ve just got one more thing for you before normal(ish) service resumes next week; another new tune, and this one is a corker, even if I do say so myself.

#atozchallenge: Y is for Yello…

I’ve spent today off work with my revolting cold, so the penultimate A-Z post is a bit of a cop out, I’m afraid.

Having reached the catarrh stage of my illness, the colour yellow has featured quite heavily in my day, so (tenuous link ahoy) I thought I’d post some tracks by one of my favourite bands, the uniquely odd and willfully retro Swiss electro wizards, Yello…

I already have a post planned for tomorrow, so I’ll see you then for the final leg of the challenge.

#atozchallenge: X is for Xylophone…

For today’s A-Z challenge I could have gone with all sorts of fancy words, like Xenophobia or Xenomorph, but I thought I’d go for the only X word that ever appeared on an A-Z list when I was at school;
Xylophone.

The way I am choosing to fulfill this obligation is to turn back to my Oscilab app and compose a little ditty using, you guessed it, Xylophones…

{An hour and a half later}

And here it is; the world premier of Zxylo which, I admit, doesn’t even start with an X, but I prefer it this way. 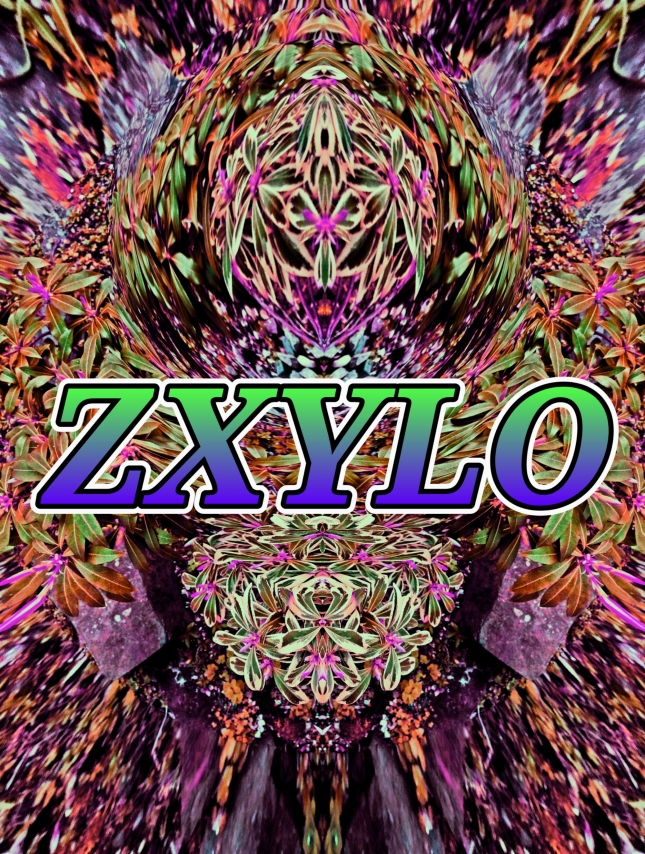